END_OF_DOCUMENT_TOKEN_TO_BE_REPLACED

Group JYJ’s member Kim Jaejoong has revealed a self-photo which he has promised.

Kim Jaejoong posted a self-photo on this Twitter on the early morning of the 1st with the words “Promise-photo. But the image quality…”

Kim Jaejoong is in the dress of Director Cha Muwon of the SBS TV drama Protect the Boss. Despite the low image quality, his beauty was intact in full.

Kim Jaejoong, who has time to time posted promise-photos after the drama aired, has kept his promise this time around as well. The netizens who saw this responded as follows: “The image quality is so-so but his beauty emits light.” “Where would his handsome face go. Looks cool.” “Please give us a photo next week also!” “I feel some kind of a power.”

Muwon-God Kim Jaejoong. Spotting the Mark of His Piercing on His Ear! “Strangely Sexy”

The peculiar “sexy code” of Muwon-God Kim Jaejoong is a hot topic among fans. Kim Jaejoong has successfully transformed into an actor through the SBS Wed-Thursday drama Protect the Boss, earning a nickname of “Muwon-God.” The “Director Cha Muwon Look” that he showed off is receiving a response that is even more explosive than that of Ji Sung who is also appearing in the drama.

In the drama, Wang Jihye says to Kim Jaejoong—“do you go about everywhere dripping in seductive sex.” The fans have focused on this and are hotly searching for Kim Jaejoong’s “sexy code” for each episode. In particular, they are going wild for the mark of his piercing on his ear. 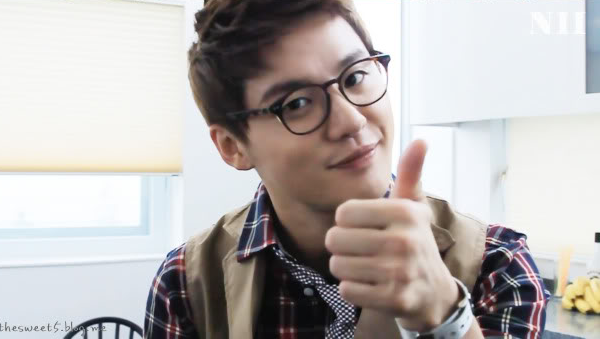 CableTV Y-STAR conducted a survey asking 1,000 Seoul residents about who they felt was the ultimate idol star and why. The results? Big Bang’s G-Dragon was picked as the ultimate triple-threat, thanks to his songwriting, composing, and rapping skills.

A close second was 2PM’s Nichkhun, who was chosen for his cute image and was voted hands-down the ultimate foreign idol star.

Also chosen were JYJ’s Junsu for his singing talents, Jay Park for his dance skills, Big Bang’s T.O.Pfor his charismatic appeal, 2AM’s Jo Kwon for being the most entertaining celebrity, 2PM’s Taecyeon for hottest body, and Super Junior’s Choi Si Won for being the most handsome.

Do you agree with the results? Toss us your thoughts below!

END_OF_DOCUMENT_TOKEN_TO_BE_REPLACED

Eunsul: Even if I don’t fall for you, don’t be hurt, please.

Muwon: Is today the only day for us? (T/N: Since it is not, he won’t try to squeeze in everything today.)

CEO Cha: He’s someone who’s never had a drop of water on his hands for all of his life. (T/N: has never done any sort of manual labor)

Eunsul: Shall I do the same?

Nayun: You might end up like me if you lose them both— so hold onto them well. END_OF_DOCUMENT_TOKEN_TO_BE_REPLACED