JJ won a poll called “Summer’s Star” held by Hoa Hoc Tro – a Vietnamese magazine for teenagers. That’s why he appeared on the cover ^____^

END_OF_DOCUMENT_TOKEN_TO_BE_REPLACED

Catch up with Part I of pics, Fancams and Super adorable Fanaccounts ^^

END_OF_DOCUMENT_TOKEN_TO_BE_REPLACED

Jaejoong: it’s still hot so I won’t answer that (and he exploded laughing)

END_OF_DOCUMENT_TOKEN_TO_BE_REPLACED

For the writer, this three fellow ~Jaejoong,Yoochun and Junsu ~ is a symbol of young men that are determined and never giving up.

Despite facing various obstacle and restriction in their singing career ever since leaving DBSK in 2009 – including “cancelled” appearance in the last minute, be it in television or performance stage – they never give up!

And as the result, their talent is being recognized by various parties in South Korean entertainment industry.

Recently, Park Yoochun is chosen as Asian Most Popular Actor for 2011 Seoul Drama Awards, defeating 115 other nominees with 480,000 votes.

Meanwhile, the multitalented Kim Jaejoong not only act in Japanese drama, Hard To Say I Love You, he even directed the 2011 JYJ Worldwide Concert Tour from Asia to North America.

For the time being, his appearance in currently airing SBS Drama, Protect The Boss, even though not as the main, gaining a lot of praises.

Their hard work as a team that doesn’t rely solely on looks really worth it when JYJ popularity is now expanding to USA, they even have chance to collaborate with Kanye West and Rodney Jerkins for their album.

This fighting spirit is being admired by their fans and probably Malaysian artist should learn from them.

The cafe where Jaejoong left his signature behind the chair:

END_OF_DOCUMENT_TOKEN_TO_BE_REPLACED 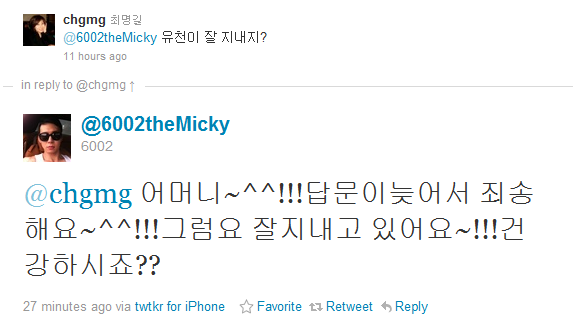 Translation by: @veronmjjeje
Shared by: JYJ3

END_OF_DOCUMENT_TOKEN_TO_BE_REPLACED

Jaejoong fighting? Relax, girls – it’s just acting. For his role as Cha Moowon in popular drama Protect The Boss, Jaejoong must do fighting scenes with Jisung. Although it’s just acting, Jaejoong apparently gives his all.

After leaving DBSK to form the group JYJ with Yoochun and Junsu, Jaejoong’s career has become more and more successful. He acted in a Japanese drama (T/N: Sunao Ni Narenakute) before landed this debut role in a Korean drama. JYJ themselves has reached international success by producing ‘The Beginning’ – an album made in collaboration with renowned producers Rodney Jerkins and Kanye West.