Let’s have fun, build friendships, share news, and be happy in JYJ ^__^ 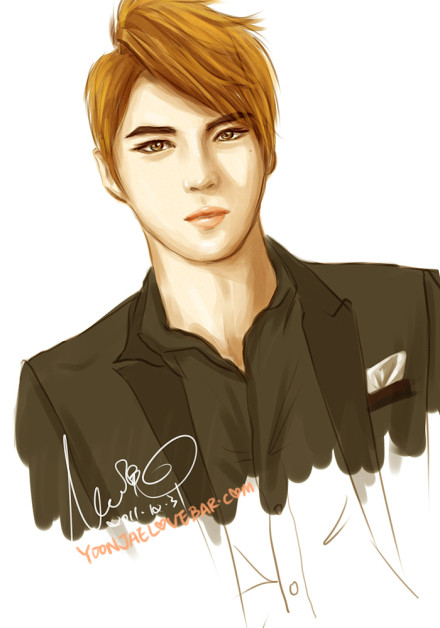 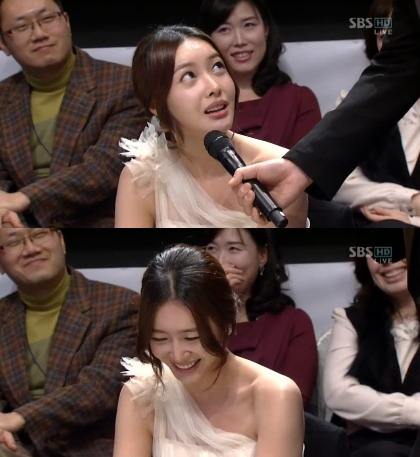 Kim Jaejoong and Wang Ji Hye couple from ‘Protect the Boss’ sweat it out at the questions on their kiss scene.

At the ’2011 SBS Drama Awards’ on December 31st, the question resurfaced about the reshooting of the kiss scene between Kim Jaejoong and Wang Ji Hye.  END_OF_DOCUMENT_TOKEN_TO_BE_REPLACED

YC: Hello, I am Park Yoochun. Nice to meet you.
SY: Hello, I am Lee Siyoung.
YC: It’s the Newcomer Award, it’s the greatest award you give to a newcomer, I received the Newcomer Award last year, to be honest… I knew I would receive it (laughs).
SY: I foresaw Yoochun getting it too.
YC: Lee Siyoung what were your thoughts after receiving the award last year? Did anything change?
SY: Compared to what has changed, I felt I should work harder, honestly, I was very nervous! Remembering last year, I can still vividly recall the events, that moving feeling can still be felt! Now, compared to the nominees, I seem to be more nervous! I want to quickly give out the awards!  END_OF_DOCUMENT_TOKEN_TO_BE_REPLACED

[TRANS] I was able to receive this precious award that was definitely not easy to receive at all.. Thank you so much everyone^^ What is the reason that this one single trophy feels to me like it weighs 1000 kun or even 10000 kun (a very heavy weight).. Thank you!

END_OF_DOCUMENT_TOKEN_TO_BE_REPLACED 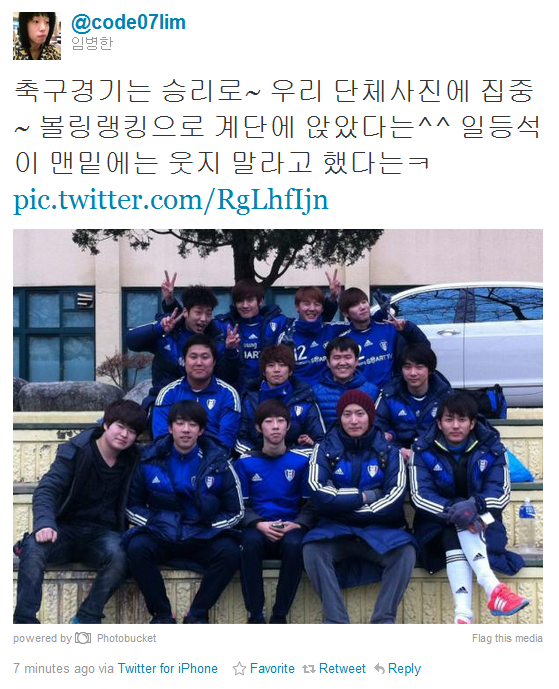 [TRANS] Soccer match victory~ Concentrate on our group photo~ We sat on the stairs using bowling ranking style ^^ The top rank people told the people in the lower ranks to not smile.

Source: @code07lim
Translation by: Shermin for JYJ3
Shared by: JYJ3
Please do not add to, alter, or remove the credits.

Kim Jae Joong proved that he has perfectly changed to become an actor upon receiving the new comer award.

On 2011 SBS Drama Awards live show, “Protect the Boss” Kim Jae Joong received the newcomer award and this proved his success on his transition from singer to actor.

Kim Jae Joong said, “Thank you. I really didn’t know that I’d get an award.” And when he received a response from the live audience for his start-off speech, he continued with, “I’m serious!” and added, “And, now that I’ve received the award, I feel much happier.”

Adding on, he expressed thanks to the staff at his agency, the drama director, drama writer, senior actors and actresses and his family.  END_OF_DOCUMENT_TOKEN_TO_BE_REPLACED