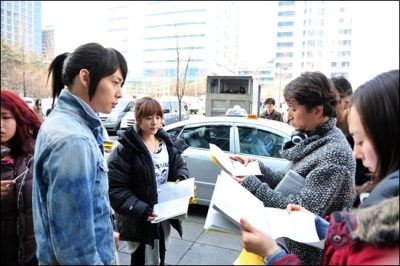 After laying his father to rest this past week, JYJ’s Yoochun has returned to the film set for his SBS drama, ‘Rooftop Prince‘.

Officials expected his return by March 19th at the earliest, but he returned earlier than anticipated. He appeared on set during the morning of the 17th. Although he looked tired, he made sure to greet every staff and co-star by bowing his head. Fellow co-stars Han Ji Min, Lee Tae Sung, and Jung Yumi were seen holding his hands in consolation.

Director Shin Yoon Seob also had a lengthy conversation with Yoochun before filming began, making sure to thank him for an early return despite his circumstances.

Yoochun was reported to have done his absolute best, concetrating hard amongst his co-stars all throughout the day.

The drama will begin airing on March 21st.’