It has been decided that from fall of 2015, for 1 year time, Park Yoochun starring drama will be broadcasted on DATV every month!

This fall, through DATV, once again can reconfirm the charming characters he has played so far and his surpassed acting skills, his past appeared work will be broadcasted over a period of one year continuously!

Planing to notify details at anytime through DATV’s homepage.
http://datv.jp/

In one of JYJ member Yoochun’s last interviews before departing for the army to fulfill his 2 years of duty to Korea, Yoochun sat down with Marie Claire to talk about the suspension of his activities, what he wants to do before he goes to the army, and reflect on his life up until now. Below is the full translation and the pictures from the accompanying photo shoot. 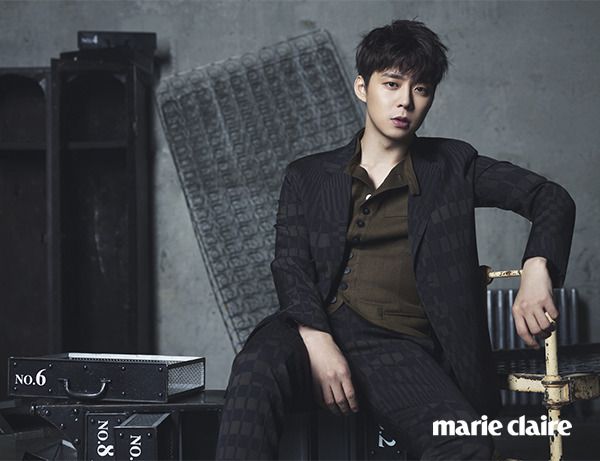 There’s only a month left now. Most of your official schedules have wrapped up. Since everything is finishing, are you relieved?

I don’t particularly feel that way.

You cried at a Japan fan meeting a while back.

I wasn’t crying because I’m going to the military, that day marked my 10-year anniversary since starting activities in Japan so I started crying because I was so sentimental. Up until now, when I saw the events that fans prepared I was so shocked and was so endlessly thankful, but this time the fans looked particularly pretty. I guess that’s why I cried.

Stacking up your good memories and your sad memories, you can make your life into one moment. What is your favorite memory?

A while ago when we had just formed the company, we all went to Australia together. We made really good memories there thinking that we could do well without thinking at all, but just by working hard. Even now I’m working as hard as ever. I can’t see the members often, but nothing about our relationship has changed. For a spell after our debut we stuck to formality and thought we had to be cool and fix everything in our lives to a set pattern. Doing that I began to think that my confidence was slowly collapsing. Now I’ve found my ordinary self.

END_OF_DOCUMENT_TOKEN_TO_BE_REPLACED

[TRANS]
They are soldier-ahjussis now..not soldier-oppas.
Take care of yourself and do well. There are a lot of people waiting for 2 years
Fighting 👏
.
#waitingfor6002
#waitingforjaejoong
#jyj